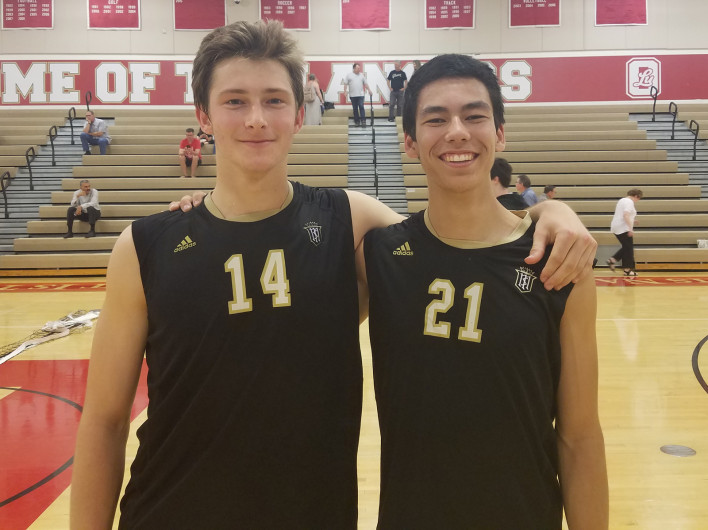 ORANGE – Just two days removed from their first league loss of the season, the Servite boys volleyball team needed a win in a major way.

The Friars bounced back to sweep Orange Lutheran 25-13, 25-21, 25-20 Friday night at Orange Lutheran High, a victory that puts them on verge of earning at least a share of the league title.

Santa Margarita is 7-1 in league, a half-game behind Servite (18-11 overall, 8-1 league). They would share the league title if they both win their remaining league games. Servite finishes league play at home against St. John Bosco on Wednesday, April 17. Santa Margarita has two matches left against last-place JSerra.

In Friday's game, opposite Chris Morikawa had a game-high 14 kills while middle blocker Gil Herold added 13 kills as the duo led the Servite attack from the outside and the middle.

Orange Lutheran (16-6, 5-4) took a 20-18 lead late in the second game but Morikawa and junior outside hitter Cole Rasic stepped up for the Friars.

Servite trailed by one after a kill from Morikawa, then Rasic took over with his serving. His back-to-back aces forced a Lancers timeout and gave the Friars a 21-20 advantage.

"Something we've been working on with him a lot is being smarter with some of his swings, especially from the serving line. I thought he managed that well," Marrujo said of Rasic. "When he went back to serve we were down by one and ended up winning by four, so that was a really good run from him."

After taking the first two sets, Servite withstood another Orange Lutheran challenge in the third set, which was led by Grant Oh and Connor Bloom. The Friars countered with Herold and Rasic and used their size in the middle to control the Lancers' attacks at the net.