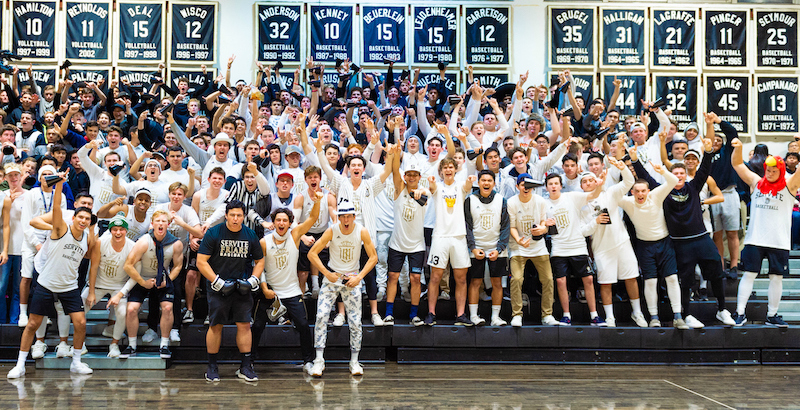 Editor's note: Manny Alvarez is writing for OCVarsity about the loud, proud, innovative and dedicated high school student sections during the boys basketball season, and each week he will select The OCVarsity Student Section of the Week.

The winner will be announced online at the beginning of the week.

The first OCVarsity Student Section of the Week for the basketball season was Servite's Asylum, which destroyed the competition.

So what happened in Week 2 of the competition for the top honor? Rinse and repeat.

The Asylum kept the crazy at a high for another week.

The Asylum showed up for the Friars' home game against JSerra and went into superhero mode!

During halftime, there was a situation where Batman and Superman got into a fight. It was pretty powerful stuff.

The Asylum got into a situation themselves when Rocky Balboa showed up and threw some jabs at them. What did the Asylum ever do to Rocky?

No matter what year you attended, the Servite brotherhood doesn't discriminate.

"This week we finally had a home league game," The Asylum said in a statement. "It seemed like the whole school packed the gym. It happened to be a tough loss but despite that we came out as rowdy as ever. Thanks to Jonathan Khamis, he captured the true insanity we display and it will be remembered for a very long time. As always, the Asylum will continue to show up and support our brothers throughout the rest of the season. Finally, a huge shout out to the whole Servite community, administration, and students for making the Asylum possible."

The Asylum will look to become the first OCVarsity three-peat Student Section of the Week champion, but for now they will enjoy this one.

Like the great poet Drake would say; "Servite Asylum going back to back, CREDO!" 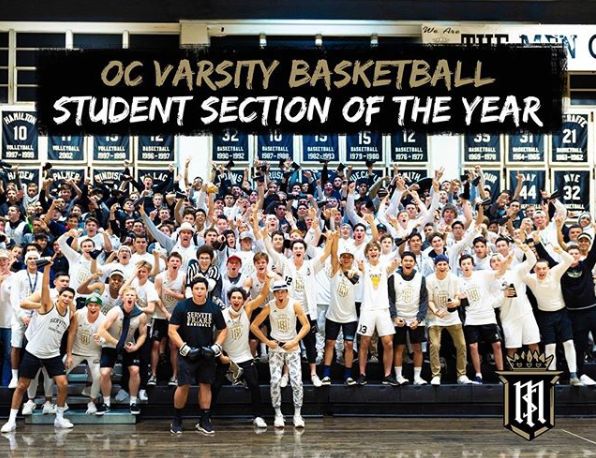